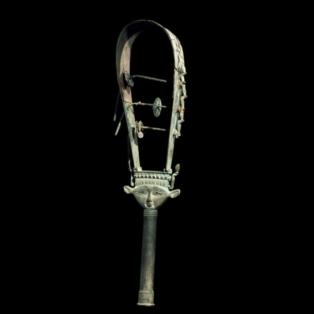 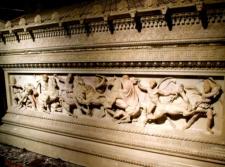 Sadhguru’s latest ebook, Bharata : The Rhythm of a Nation” is out! Pay what you wish. For a free download, in India, click “Claim for Free”. Elsewhere, enter “0” in the price field.

In Lebanon, there is a temple in Baalbek which is over 4,000 years old. Children in Lebanon schools study that Indian labor, elephants, sculptors and yogis constructed this. It is a massive temple. Some of the foundation stones weigh three hundred tons. Sculptures of lotus flowers are hanging from the ceiling. Obviously, there are no lotuses in Lebanon; it was sculptured by Indians. Every Lebanese child knows this. Has any #Indian child heard about it?

Over a thousand years ago, #Tamil kings went to Cambodia and built Angkor Wat and Angkor Thom. If you see the work that has been done there, you will feel proud of being human. The Angkor Wat is the largest religious building on the planet. Does any Tamil child in Tamil Nadu up to twelfth standard read a line about it in his textbook?

When you don’t feel pride, how do you build a nation?

Sadhguru: Yes. Bharat comes from bha – ra – ta. Bhava means sensation. Seeing, hearing, smelling, tasting, and touching are different types of sensations. Your whole experience of life is sensory right now. Or in other words, sensations are the basis of your experience. Bha means sensation, out of which emotion arises. Ra means raga or the tune. The tune is not yours – existence has already set it. Now you have to find the rhythm, which is the tala. If you find the right rhythm, you are a fantastic human being. If you miss the rhythm, you get crushed by the process of life.

We called this nation Bha-ra-ta, and one of the great kings of the past was Bharata. People say the country is named after him, but actually, he was named after the country. There are so many Bharats and Bharatis in this country – they are named after this nation. King Bharata had nine sons, but when the time to hand over the empire came, he gave it to Bhumanyu, who was the son of the sage Bharadwaj. This boy grew up in the forest. When he came to the court one day, the king looked at him and said, “This boy must become the king – not my sons.” People were shocked because the emperor’s sons, nine of them, were waiting in a queue – probably fighting with each other over who would become the king. People argued, “Who is he? He has grown up in the forest.” Bharata said, “I see an enormous intelligence in his eyes and a raging fire in his heart. He is able-bodied and stable. He should be the king.” This was the first demonstration of democracy in this nation, thousands of years ago. I hope we follow this example today.

When the Europeans came here, they did not understand how this could be one nation if there is nothing binding it. But for over thousands of years, within this subcontinent and also in the remaining part of the known world of those days, people referred to this as one nation, though at some points, we were over 200 political entities. What is it that makes this nation? This is something that the leadership and the people of this country must really look at. It is not language. It is not religion. It is not race. Nationhood predates all religion. When there was no religion, this nation was. We called the land between Himalayas and the Indu Sarovar (Indian Ocean) Hindustan only as a geographical description – not to represent a particular religion.