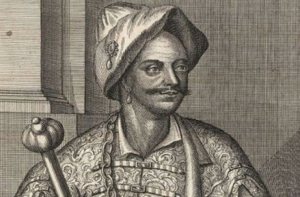 Any suspicion of adultery against Ismaïl was severely punished. The women were either strangled by the sultan himself, or their breasts were cut off, or their teeth torn out. Men who merely looked at one of his wives or concubines were punished by death.

According to the Guinness Book of World Records, Ismaïl fathered 888 children, the greatest number of progeny for anyone throughout history that can be verified. Based on reports by Dominique Busnot, a French diplomat who frequently traveled to Morocco, the sultan may actually have had 1,171 children from four wives and 500 concubines by 1704. At that time, Ismaïl was 57 and had ruled for 32 years…

Ismaïl, who reigned from 1672 to 1727, was the first great sultan of the Moroccan Alaouite dynasty, the current royal…

This entry was posted on February 27, 2014 by Sanatan Dharm and Hinduism in HINDUISM SCIENCE.

There was an error retrieving images from Instagram. An attempt will be remade in a few minutes.