THANKS TO ISRO SCIENTISTS,INDIANS ALL OVER WORLD FEEL PROUD AGAIN,AFTER 800 YEARS OF SLAVERY AND BEING LOOKED DOWN UPON-

Ptolemy came to India in 155 AD, and he stole from the astronomical data from Surya Siddhanta (12.85-90) , the most significant being the diameters of Mercury, Venus, Mars, Jupiter and Saturn .

You must understand that these diameters were calculated accurately more than 6 millenniums ago when even the atmospheric refraction of earth was different.

The British made a big hue and cry when German Jew Sir Frederick William Herschel ( 1738-1822 ) “discovered ” Uranus on March 13th 1781—they ridiculed — hi hi the stupid Indians never knew all this.

Indian Vedic astrology does NOT use Uranus (Shweta ) Neptune ( Shyama) Pluto ( Teevra )- as named in 7000 year old Vedas by Vyasa Muni , just because they are too far away to affect your DNA and they stay in one single rashi for too long.

Lord Vishnu in his Varaha Avatar lifted the earth and brought it out and placed it in a suitable orbit with fine tuning adjustments for precession , axis tilt and the magic constant of 108 axis of 23.4 degrees. 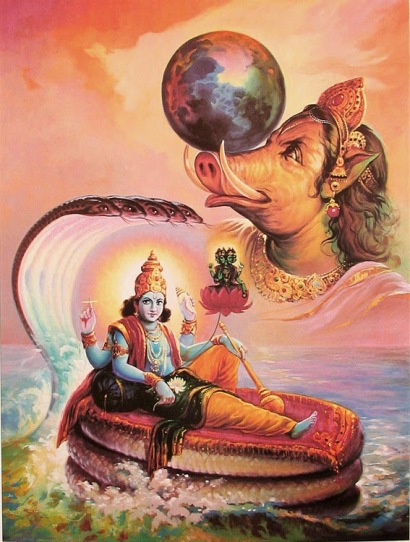 For travel to outer planets, like Mars, the periapsis (closest point in the orbit) must coincide with Earth’s orbit, while apoapsis must coincide with Mar’s orbit. The Mars Orbiter Mission (MOM) by the Indian Space Research Organization used this Hohmann transfer orbit as its trajectory to reach Mars.

Since the satellite is in heliocentric trajectory, the fuel is not used in this travel. Fuel is used only to enter the Hohmann transfer orbit from earth and to exit the transfer orbit to enter martian orbit. This transfer orbit is thus highly fuel efficient compensating its long travel time.

A Hohmann transfer orbit is an elliptical one, where the periapsis is at Earth’s distance from the Sun and the apoapsis is at Mars’ distance from the Sun. The transfer orbit has to be timed so that when the spacecraft departs Earth, it will arrive at its orbit apoapsis when Mars is at the same position in its orbit. Earth and Mars align properly for a Hohmann transfer once every 26 months.

Our four-stage Polar Satellite Launch Vehicle (PSLV) could deliver Mars Orbiter Mission (with a mass of 1340 kilograms, fully fueled) to Earth orbit, without any heavy, powerful upper stage like Centaur of US. 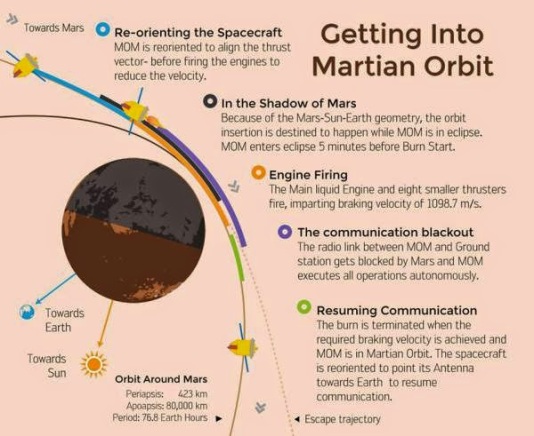 Mars Orbiter Mission got to Mars using its much smaller Liquid Apogee Motor (LAM) and small amount of fuel –unlike the US Maven ( NASA ).

Methane (CH4) is an organic molecule present in gaseous form in the Earth’s atmosphere. More than 90% of methane on our home planet is produced by living organisms.

After almost a year of searching, NASA’s Curiosity rover has turned up no traces of the four-pronged hydrocarbon known as methane. However India expects to find methane on mars—a methane sensor will look for sources of the gas.

Methane has a chemical lifetime of about 300-600 years, which is very short on geological time scales. This implies that the methane that is observed today cannot have been produced 4.5 billion years ago, when the planets formed. So, it is possible that methanogenes, existing deep under the surface of Mars.

Below: 6 years ago , India “impact probed” her flag on the moon 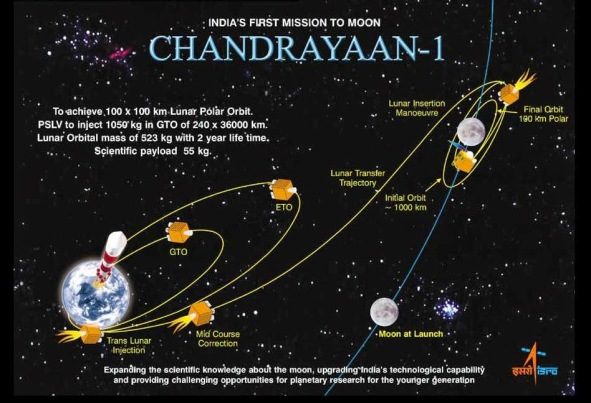 Using data collected by India’s Chandrayaan mission, NASA had detected magmatic water locked under the surface of the Moon, for the first time .

Before India, various countries have launched Mars missions, but out of the 51 attempts, only 21 were successful. India now joins the Martian club that comprises the US, Russia and the European Space Agency

This entry was posted on September 24, 2014 by Sanatan Dharm and Hinduism in HINDUISM SCIENCE.