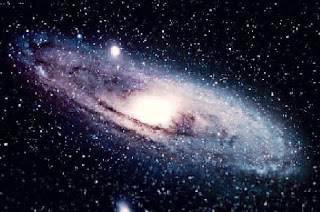 The core foundation of Hindu belief is that Vedas contain source of all knowledge – physical or metaphysical. However in last 100 odd years, this belief has come under scrutiny due to the advances that modern science claims to make.
An entire group of Vedic ‘experts’ have stood up to prove that Vedas contain early man theories and are not compatible with modern discoveries. These include communist historians propelled by commentaries on Vedas by western indologists like Max Muller, Griffith et al and a new breed of intellectuals who initiate all research with assumption that ‘old means defective’. However in modern era of religious marketing, another group has come up which would go to any length to discover scientific errors in Vedas. This is the group which would want 800 million Hindus to lose faith in Vedas and their religion and embrace what they believe is the final message of God. Yes I am referring to Islamic and Christian evangelists.
While both these groups of evangelists are propelled by vision of making everyone in world a follower of their respective Holy Books, the situation is even more desperate for Quran zealots. This is because a bulk of Islamic evangelists believe that Jesus will come again towards end of the world after which they would reach Paradise forever. And an important sign of Jesus’ coming is conquest of India. I do not know the original source of this superstition, but this remains a primary motivator for most Islamic evangelists today.
Thus every now and then, we would see references to ‘Scientific Errors in Vedas’. The typical pattern would be english translation of some mantra followed by a Veda Mantra reference. For example
“Earth is flat” – Yajur Ved 32.8
Often the reference and English translation are both pointing to sources best known to authors of these works. But for layman, these create a lot of confusion and doubt over relevance of Vedas. While I would shy away from thrusting my personal faith on Vedas, I would like to provide some excerpts from Vedas that provide clues to deep scientific concepts hidden within them.
Unfortunately, due to thousand years of slavery, burning of our universities and libraries by barbarians and then demands for tackling issues of survival first, there remains a lot of work to be done to rediscover the Vedic sciences. However, sufficient clues exist to justify why this rediscovery would be worthwhile. In this article, I shall provide some brief snippets of such clues.
A point of note: Vedas not being dogmatic in nature and containing eternal truths, do not try to spoon-feed us. Thus Vedas would contain seeds for all forms of knowledge and would urge humans to explore further. Because in the Vedic framework, its our efforts that can provide us bliss.
You can refer to original mantras at http://www.aryasamajjamnagar.org

Rig Veda 10.22.14
“This earth is devoid of hands and legs, yet it moves ahead. All the objects over the earth also move with it. It moves around the sun.

In this mantra,
Kshaa = Earth (refer Nigantu 1.1)
Ahastaa = without hands
Apadee = without legs
Vardhat = moves ahead
Shushnam Pari = Around the sun
Pradakshinit = revolves
Rig Veda 10.149.1
“The sun has tied Earth and other planets through attraction and moves them around itself as if a trainer moves newly trained horses around itself holding their reins.”

Rig Veda 8.12.28
“O Indra! by putting forth your mighty rays, which possess the qualities of gravitation and attraction-illumination and motion – keep up the netire universe in order through the Power of your attraction.”

Rig Veda 1.6.5, Rig Veda 8.12.30
“O God, You have created this Sun. You possess infinite power. You are upholding the sun and other spheres and render them steadfast by your power of attraction.

Yajur Veda 33.43
“The sun moves in its own orbit in space taking along with itself the mortal bodies like earth through force of attraction.”

Rig Veda 1.35.9
“The sun moves in its own orbit but holding earth and other heavenly bodies in a manner that they do not collide with each other through force of attraction.

Rig Veda 1.164.13
“Sun moves in its orbit which itself is moving. Earth and other bodies move around sun due to force of attraction, because sun is heavier than them.

Atharva Veda 4.11.1
“The sun has held the earth and other planets”

Rig Veda 1.84.15
“The moving moon always receives a ray of light from sun”

ECLIPSE
Rig Veda 5.40.5
“O Sun! When you are blocked by the one whom you gifted your own light (moon), then earth gets scared by sudden darkness.”

“SCIENCE OF BUILDING SHIPS AND AIRPLANES”
Swami Dayanand has detailed Mantras regarding these in his Vedic commentary and Introduction to Vedas” (1876). The scientists of IISc concluded that the mechanism of airplane as suggested by Dayanand is feasible. The first manned plane was built 20 years after death of Swami Dayanand.
The verses are difficult to translate in English here, but readers are advised to review “Introduction to Vedas” by Swami Dayanand or interpretations of following mantras: Rig Veda 1.116.3, 1.116.4, 10.62.1, 1.116.5, 1.116.6, 1.34.2, 1.34.7, 1.48.8 etc.

Rig Veda 1.119.10
“With the help of bipolar forces (Asvins), you should employ telegraphic apparatus made of good conductor of electricity. It is necessary for efficient military operations but should be used with caution.”
I am also attaching a few pdfs of the scientific advancements of ancient India. These are developed by Indian Institute of Scientific Heritage
I hope this would be sufficient to at least drive the need for further exploration of our scientific heritage originating from Vedas.
Scientific And Technological Heritage
We claim these are indian discoveries

2 comments on “Science in Vedas”

This entry was posted on November 30, 2014 by Sanatan Dharm and Hinduism in HINDUISM SCIENCE, science and spirituality, VED, VEDAS and tagged SCIENCE AND VEDAS, VEDAS.