Upanishads on Creation : THE SPIDER ANALOGY 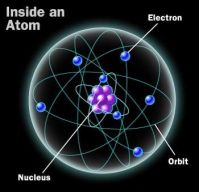 A wonderful illustration from Upanishads on Creation : THE SPIDER ANALOGY

“ As a spider projects forth and draws back (its threads), as plants grow on earth, as hairs grow on the body, so does the universe emerge from the Imperishable Being.“

2.Earth produces varieties of plants. Though earth is one, it is capable of producing different varieties. So is Brahman who is one but can produce diverse effects – Eka Karanath Aneka Vidha Karyani

3.Our body is live and sensient. But hair and nails are insensient. So the body which is of Chetana nature produces something of a different nature (Vilakshana Srishti which means cause producing an effect of a different nature). Normally we experience ‘Salakshana Srishti’ like mangoes in mango tree, humans begetting humans. But in Brahman, this Vilakshana Srishti is possible. The sensient creatures (Salakshana) and apparently insensient objects (Vilakshana) which constitute this Jagat is manifested by sensient Brahman.

So it shows Brahman can produce creation which seems to be of different nature.

In spider example, the spider not only designs and creates the web by itself but is its Laya Karanam also (it swallows/resolves its web into itself), whereas a pot maker does not swallow the pot!

“As the spider moves along the thread it produces, or as from a fire tiny sparks fly in all directions, even so from this Atman come forth all organs, all worlds, all gods, all beings. Its secret name (Upanishad) is “the Truth of truth.” The ‘Prana’ (vital breaths) are the truth and their truth is Atman.”

One comment on “Upanishads on Creation : THE SPIDER ANALOGY”

This entry was posted on November 30, 2014 by Sanatan Dharm and Hinduism in UNIVERSE CREATION, UPNISHAD and tagged origin of universe, UPNISHAD.