The Hybrid War Crime Court is to set up for probing on around 200,000 ethnic Hindu Tamil minority killed in Sri Lanka. 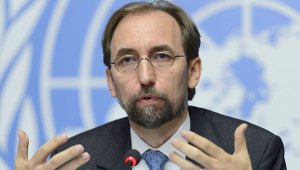 UN High Commissioner for Human Rights, Zeid Raad al-Hussein of Jordan speaks on the UN Human Rights Office report on Sri Lanka during a press conference at the European headquarters of the United Nations (AP Photo)

Around 200,000 people, mainly members of the ethnic Hindu Tamil minority, were killed during the conflict that…

This entry was posted on September 18, 2015 by Sanatan Dharm and Hinduism in HINDUISM SCIENCE.