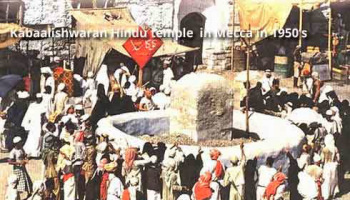 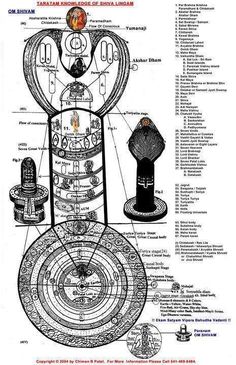 ABRAHAM ~ THE JEWISH PATRIACH  REACHED EGYPT FROM MATHURA ?
AND BUILT THE SHIVA LINGAM ,BEING A A LINGAYAT , AND KICKED OUT OF THE HINDU FOLD DUE TO DISSENT WITH SHAKTI WORSHIPPERS AND FORCED IN EXILE …. AND NAMED HIS NEW RESIDENCE IN EGYPT AS … MATHURA ~ NOW CALLED “AL MATAREA” – OUTSIDE CAIRO.

This is not coincidence if you connect dots.

REMEMBER The ABRAHAIMAIC worshippers JEWS , then CHRISTIANS and lately MUSLIMS are so selectively hatred for women.

Historical evidence can be known after long study but in short kindly consider this…. In his History of the Jews, the Jewish scholar and theologian Flavius Josephus (37 – 100 A.D.), wrote that the Greek philosopher Aristotle had said: “…These Jews are derived from the Indian philosophers; they are named by the Indians Calani.” (Book I:22.)

A strong point for a common Brahmin-Jewish origin is the fact that both communities have been endogamous priests from the earliest times of their recorded history. It may also be observed in this respect that the Hebrews, as well as their Indian counterparts, Brahmins, consider themselves as the “Chosen People of God”. The Hebrews started their career in history as a “Kingdom of Priests” (Exodus/19/6). Likewise, the Brahmins have also been a “Community of Priests” since the dawn of their history.

The cult of Brahm (Hinduism) may have been carried to the Middle and Near East by several different Indian groups About 1900 BC, after a severe rainfall and earthquake tore Northern India apart, ever changing the courses of the Indus and Saraswathi rivers.Also there is mention of their king being killed due to intercinine wars and they were forced to migrate.
The classical geographer Strabo tells us just how nearly complete the abandonment of Northwestern India was. “Aristobolus says that when he was sent upon a certain mission in India, he saw a country of more than a thousand cities, together with villages, that had been deserted because the Indus had abandoned its proper bed.” (Strabo’s Geography, XV.I.19.)

Clearchus of Soli wrote, “The Jews descend from the philosophers of India. The philosophers are called in India Calanians and in Syria Jews. The name of their capital is very difficult to pronounce. It is called ‘Jerusalem.'”

“Megasthenes, who was sent to India by Seleucus Nicator, about three hundred years before Christ, and whose accounts from new inquiries are every day acquiring additional credit, says that the Jews ‘were an Indian tribe or sect called Kalani…'”
(Anacalypsis, by Godfrey Higgins, Vol. I; p. 400.)

Martin Haug, Ph.D., wrote in The Sacred Language, Writings, and Religions of the Parsis, “The Magi are said to have called their religion Kesh-î-Ibrahim.They traced their religious books to Abraham, who was believed to have brought them from heaven.” (p. 16.)

There are certain striking similarities between the Hindu god Brahma and his consort Saraisvati, and the Jewish Abraham and Sarai, that are more than mere coincidences. Although in all of India there is only one temple dedicated to Brahma, this cult is the third largest Hindu sect.

5 comments on “Jews were Hindus- Shiva Lingam in World”

There was an error retrieving images from Instagram. An attempt will be remade in a few minutes.